What’s the difference between Standard and Private channels in Teams?

Blog posts What’s the difference between Standard and Private channels in Teams?
View all blog posts

Do you understand the differences between standard and private channels?

One of the most important elements introduced over the last year in Teams architecture is Private channels. This has been by far the feature most requested by users since the launch of Teams back in 2016.

With this feature, you now have a choice between Standard and Private channels when adding new channels to a Team (either this is Public or Private). This blog provides details about the differences, as well as some scenarios as to when to use which type of channel.

Standard channel remain the default option when you add a new channel to an existing Team.

This type of channel includes an independent chat thread (posts tab) and its file storage is located in a folder within the SharePoint Document Library that hosts the General channel files as well as all the other Standard channels files.

This type of channel is considered “public” because all members of the team can access the channel and its content with the only applicable restriction of moderation in the posts tab by the Team owners.

Common scenarios for using Standard channels could go from organising content and discussions for a team with different topics, to splitting content across different knowledge entities when there's no need for isolation or extra security layers between them.

Private channels are essentially a team inside a team. Each Private channel you create inside a team is appended under the same list of channels for the parent team, however, it has a different membership (that for now can only be more restrictive than the parent team - more on this below). Behind the scenes, Teams is creating a complete SharePoint site collection with an independent Document Library to ensure security is guaranteed from an information architecture point of view.

A few scenarios you can think of for Private channels could cover for Entity-Activity hierarchies, like the Team being a Client and the different channels being projects for that client, with different groups of people working for that client in scenarios that include projects with security barriers or certain levels of confidentiality.

I recommend this official documentation from Microsoft to learn how to manage Private channels.

We’ve been through the basic differences of Standard and Private channels, understanding core elements focused on security. However, we haven’t mentioned Shared channels.

Shared channels is a new concept for a type of Private channel that can be shared across different Teams' tenants (organisations), breaking with the limitations Private channels have today. This feature was introduced at Microsoft Ignite in March 2021 with the name of Teams Connect (alluding to the connection between tenants/organisations).

Teams Connect is currently known to be in Private preview and I’m planning a deep dive blog on it as soon as it reaches public preview or general availability (GA).

Until then, that’s all about Teams channels! And remember practice your team work with Teams and be Teamified! 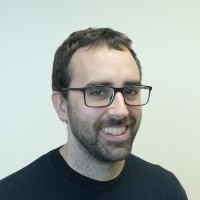 I enjoy sharing my thoughts as a Product Manager in a Microsoft Teams world. Personally, I like to play in local table tennis leagues on the weekend.