The Future of Microsoft Teams, O365 Groups and Yammer #1

Microsoft Teams went into General Availability earlier this month, and with no immediately obvious guidelines on how it related to / differed from Office 365 Groups and Yammer, hundreds of posts popped up asking for and discussing the differences and trying to help others make an informed decision on which product to take forward.

The three products are all part of Office 365 and currently have varying levels of integration with the main Office 365 stack, but they are far from identical, and will likely continue to go in different directions as they mature. Despite the crossover, I do not expect any of the three to disappear any time soon.

I will be looking at the products alongside the Office 365 roadmap and UserVoice feedback forums, mainly focussing on the suggestions Microsoft have said they are working on or otherwise committed to build.

I will start with Yammer, the oldest of the three tools here and probably the most focussed. It is an Enterprise Social Network (ESN) facilitating discussions, polls and praise. There are a few long-standing gripes such as the inability to edit posts or post to multiple groups at once and the confusing separation of Yammer Chat and Presence from the ubiquitous Skype for Business experience. However, despite those issues it flattens the organisation and allows all staff to feel they can contribute to social or business discussions as equals.

Looking at the roadmap you can see that editing posts and Skype for Business integration are already in development. The biggest problem from the perspective of an Office 365 or SharePoint professional was the lack of robust integration with SharePoint document libraries to provide properly managed document storage, but Microsoft have recently started improving this and I expect this to continue. Integrating with Outlook calendars to provide Yammer Group calendars is also coming in future.

An Office 365 Group includes a few different services so it naturally has more features and complexity than Yammer. It leverages all aspects of the existing Office 365 stack and uses Azure AD for security. For each Office 365 Group a container is provisioned from each product to store the different types of content; a OneNote notebook, Exchange mailbox, SharePoint Team Site etc. These containers (or at least links to them) are then surfaced through the Outlook interface in both the Online and Desktop experiences. As the Office 365 stack grows it is expected that Office 365 Groups will be expanded to utilise more services and this alone may be a good reason for some organisations to use it. The product is arguably mature by design because it leverages many already mature products.

In terms of further development, the UserVoice feedback for Office 365 Groups has a few requests that Microsoft have indicated they are working on such as moving documents directly from OneDrive into Groups with download/reupload, and the ability to hide private groups and for members of private Groups to be able to Search the content of that Group.

Although Microsoft have not responded to it, the second most popular request is to integrate Yammer with Office 365 Groups. Currently this integration consists of only a few links on the Yammer sidebar to other parts of the Office 365 Group. There is the option when creating a Yammer group to create an Office 365 Group as well but this is still a little short of the full integration many users are hoping for.

The newest collaboration offering from Office 365; Microsoft Teams, is the reason organisations are suddenly unsure which offering is best for them and has spawned a huge number of posts on the topic from confused users and IT. Teams appears to cover the functionality of both Yammer and Office 365 Groups and wrap it in a desktop and mobile client application. Microsoft have not really provided clarity to users on the recommended product for different scenarios, but their description is as follows:

“Microsoft Teams is a messaging app for teams where all conversations, meetings, files, and notes can be accessed by everyone, all in one place. It's a place for collaboration and work to happen in the open.”

As this suggests, Teams layers social networking and collaboration features on top of content from products in the Office 365 Groups, so in this way it provides something close to Yammer. However, when creating a Team an Office 365 Group is always created where the documents, OneNote pages and other content uploaded to the Team is automatically stored - a big improvement over Yammer. In addition to this, where Yammer has its own chat system separate from Skype for Business, Teams incorporates Skype for Business, although currently this seems to cause issues with presence if using both the Skype and Teams clients together.

It should be noted that External Guest access has not yet been completed for Teams, so any scenario involving external users should consider Office 365 Groups instead unless it is viable to wait for the update to Teams. I personally find the Teams interface is a bit restrictive but Microsoft are committed to the product so we can expect some quality-of-life updates soon.

What is very clear from looking at the current state of these three products is that Microsoft are making Teams their focus; especially looking at the UserVoice pages we see that most the top issues are being actively worked on or have already been dealt with, while the pages for Yammer and Office 365 Groups have barely any activity in comparison and certainly the moderators are nowhere near as active in communicating with users. Yammer has historically received updates very slowly so this is perhaps to be expected, but also means if it is not suitable for you now that is probably not going to change.

I believe that Office 365 Groups will continue to be a viable and powerful option but will not provide anywhere near the same level of collaboration features on top of the underlying products. On top of this, since Groups are used as the backend for Teams, choosing a Group or Team should not restrict your choices in the future. Even if you stop using Teams, the underlying Office 365 Group is still there and could be used without the Teams features. Conversely, Office 365 Groups can be pulled in as the backend for a new Team to keep all the existing content while moving to the new client application.

It seems that Teams will eventually provide a very powerful set of features to match Office 365 Groups, and perhaps even become the client application for Office 365 Groups, since when creating a new Team a Group is created to store the content. In this case, the planned desktop client for Yammer makes a lot more sense as this will be the pure Enterprise Social product, while Teams will be the Enterprise Collaboration product, essentially combining Skype for Business, Office 365 Groups features and threaded conversations into a fully featured collaboration client.

Are you using Microsoft Teams, Office 365 Groups and Yammer? We have a product you might like... Read more about Group Explorer and how it can help you find the information you need, no matter where it is stored. 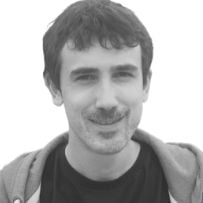 Why We Aren’t Waiting for Microsoft Teams Connect

What’s the difference between Standard and Private channels in Teams?