An important announcement that is not in the article, but that Vesa Juvonen announced during the bi-weekly team Webcast, is that the PnP program will become part of the SharePoint product group, which means that the program is still Open Source and made by and for the community but, in some way, Microsoft recognises the success and good work of the program, and, in my opinion, the product team will begin to use it internally.

Related to this announcement, another item of this May release, is the changes at nuget package level, where we now have 3 packages oriented to each one of the different environments, including a specific version for the new SharePoint 2016:

Currently the previous packages are still available, which have been also updated with the changes in May. However, note that they are already marked as [Deprecated], therefore they will be removed soon.

Lastly, before talking about the Provisioning Framework architecture, let’s remember some of the most renowned PnP components, in this case using a graph, as you can see in the following image:

We are going to analyse in detail how the Provisioning Framework works and which is its architecture. In this case we are going to talk about the operation of importing a defined template in an XML file, to a SharePoint site. However, at architecture level, the operation of exporting a SharePoint site as XML template is very similar, but doing it in the opposite way. The cycle to apply an XML template to a SharePoint site works in 2 main steps. First, the content of the XML file is loaded to a business object “ProvisioningTemplate”, aftwerwards, this business object is run by the framework, doing the operations required in SharePoint.

The first step will be the following piece of code:

And internally, this is the process that the Framework has followed:

Once the XML/JSON is converted in a ProvisioningTemplate, the Framework runs the object and applies the operations required in SharePoint, like create the columns, lists, upload files, apply settings, etc.This final step starts with the following piece of code:

And the following image describes the process applied:

Remember the following ways of being up to date with the PnP program:

This is possibly the best way of keeping up to date about PnP. Besides, you can submit your comments and questions and get help from the PnP team.


Presentation videos and examples of PnP use.

Write down this date in your calendar.  Every month the PnP team holds a meeting at which they inform about the program’s state, the roadmap, they also show examples, etc. It is a real pleasure to be able to meet with the PnP team and receive updates from Vesa himself. 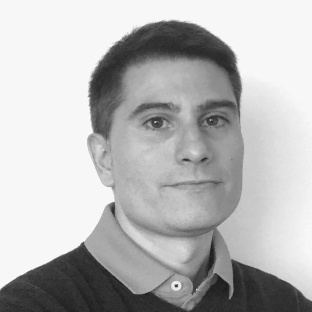 I help find the best technical designs to meet client needs and act as tech lead to build great solutions. I have fun with some R&D tasks, always trying to improve our tools and processes, and I often help the Microsoft community as a blogger and speaker, contributing to open source projects.

Get inspired and learn something new by subscribing to our FREE newsletter. It’s full of ClearPeople's thought-leadership whitepapers, blogs, events, and much more. We promise to not use your email for spam.