What is Microsoft Loop? All about Loop Workspaces, Pages & Components

Blog posts What is Microsoft Loop? All about Loop Workspaces, Pages & Components
View all blog posts

Microsoft Loop is the new application punted to change how people collaborate with their colleagues and perform daily tasks.

What is Microsoft Loop and how does it work?

To understand how Microsoft Loop works, think of a team of people working together on a project. Depending on their role, the task at hand or the device they're on, team members will be working across Microsoft apps such as Outlook, Teams, OneNote, Excel Word etc. One of the central pieces of collaborative information might be a list of “open project issues” which is discussed and reviewed frequently. Now imagine that whether you’re accessing that list in an Outlook email, a Teams channel chat, or in Excel or Word, you’re able to share, see and update the issues collaboratively, at the same time, across apps and devices. That is what Microsoft Loop allows you to do. The list of issues is effectively handled as a content component, and that component can be inserted and collaborated on within a range of supported apps.

If this sounds familiar, yes, this is what's known as the Fluid development framework, also referred to as Live Components. All of this – and more – is now becoming MS Loop.

In a blog post, Microsoft 365 General Manager Wangui McKelvey acknowledged that people are looking beyond the confines of Office for their document-editing needs as the world moves to remote and hybrid work.

“New kinds of content, formats, and channels demanded more flexible, powerful, and fluid tools to allow everyone to deliver a more impactful message and collaborate at their own pace,” McKelvey wrote. “So, Microsoft Office is changing with the times.”

Microsoft Loop is being compared to productivity apps like Notion which have seen large uptake in the past few years by teams needing to create different types of content on one canvas. That’s something that Microsoft hasn’t been able to provide, at least until now. Unlike Notion, Loop can be used both as a standalone app as well as inside other apps in the form of embeddable components.

Microsoft Loop combines a flexible canvas with portable components that move freely and stay in sync across Microsoft 365 apps, enabling teams to plan and create together.

First unveiled at Microsoft’s annual Ignite conference in 2021, Microsoft Loop is made up of three elements: components, pages and workspaces.

Microsoft Loop components are interactive canvases that move freely between apps such as Microsoft Teams and Outlook where teams are already ideating and communicating. These components provide more flexibility when it comes to collaborating on and sharing different types of content across Microsoft 365 apps.

Microsoft Loop components are being rolled out first to OneNote, Outlook and Teams but will ultimately appear in multiple Microsoft applications. Components stay up to date across different applications, so people don’t have to worry about sharing the latest version of a file.

Microsoft has developed ready-to-use Microsoft Loop components such as a voting table that makes it easy to brainstorm or decide on ideas or the status tracker that helps gather information, track progress and maintain an up-to-date view of the project across the team. 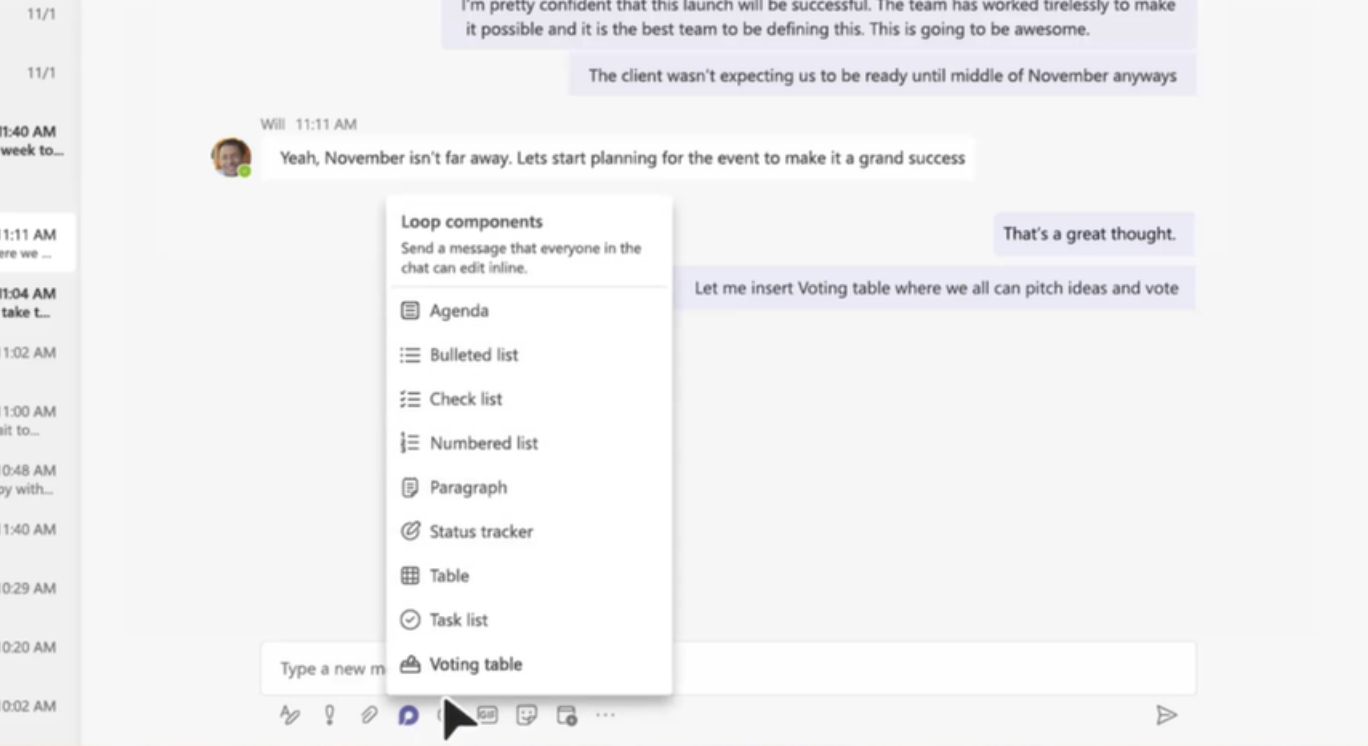 Microsoft Loop components could also be as robust as a customer record drawn from the Dynamics 365 for tracking sales opportunities. The components are supported across the Microsoft 365 suite but controlled from SharePoint Online and not from the Teams admin centre.

Visual examples of Loop in action Microsoft Loop pages are described as 'flexible canvases” where users can organize various components and pull in helpful elements like links, files, or data in ways that suit your specific project needs.

These Microsoft Loop pages are essentially a document in which people can type text, enter reactions and find related Loop components, links etc. The user interface is similar to the Whiteboard digital brainstorming app in Office.

Clearly MS Loop provides a great deal of flexibility and scope, but some of the main two use cases for it are in projects and meetings.

How MS Loop and Whiteboard work together

Loop components will also be available in the Microsoft 365 Whiteboard app, which means you’ll be able to see the same whiteboard in-sync from within Teams, Outlook or elsewhere. Whiteboard will be integrated into the new Loop app and the whiteboard component can be shared across other collaboration apps, like Teams and Outlook. This means that if you are in the Loop app, you’ll be able to create new whiteboards in a single click – kicking off a brainstorming session right from within your Loop page.

Plus: Loop components can be developed

Developers or ISVs can create their own loop components with existing message extensions apps and Graph Connector integrations. Microsoft will share more details in next year’s Build conference.

We think Microsoft Loop sounds really promising and opens up new ways for collaboration and creativity. Are you looking forward to seeing what Microsoft Loop can do? 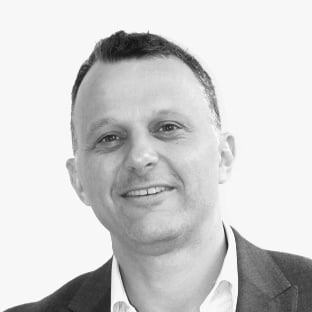 Gabriel is Co-Founder of ClearPeople, responsible for the overall technical and Atlas product vision. He works closely with colleagues at Microsoft on roadmap alignment and innovative Content Services programs such as Project Cortex / Microsoft Viva and SharePoint Syntex.